I know that many of you are following along and taking notes, and I ask that you pardon my brief lack of my normal 3 or so posts during the week. I’ve taken a bit of time to contemplate the road ahead of me and celebrate being hired into such a great company. 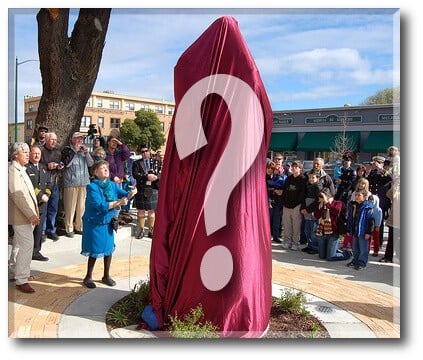 It’s been two weeks since I was hired onboard as the Digital Marketing Manager for a new company (new to me, not in age), but my lack of posts here lately can only partly be attributed to that fact. It’s true that I’ve been busy and taking it all in, but I’ve also been working very hard towards an impending launch date of what will become known as our hub, our Pièce de résistance.

There are secret parts and inner workings that I’m not at liberty to discuss, but clues are fair game!

We need a great site, so that’s where we’re headed. I’ve partnered with a soon to be named code specialist who likes to break rules and shred envelopes. It seems to us that nobody has done exactly what we hope to do, so we’re going to do it 2 or 3 times to make sure we get it right.

There are no rules, and nothing at all stopping you from creating something that EXACTLY suits your needs.

The Pièce de résistance is not the site. The site is simply a platform…a tool that will help us to achieve our goals. I liken it to the bonfire in the middle of the social media drum circle; it’s something to gather around.

There’s something to be said for being the keeper of the fire! The banner that you hang over it isn’t territorial, or there for bragging rights. It’s just a marker to let us all know we’re in the right place.

Social media will be involved and ever-present, we’ll use it mostly to communicate, but sometimes we’ll use it to empower, enable, congratulate, or find new common ground.

We all hope to be looked upon as valuable members among the people we meet who share our interests. When seeking to point attention at something, using all ten fingers is a good idea. As for us, we’ll be pointing at you, and you, and you, and sometimes us.

While it may sound like we’re busy building something, it’s really more like laying out a framework to facilitate a community. Were the three clues enough for you to figure it out? I do have much to say about the process, but much of what I’d like to address right now will be much more useful here when tempered with the wisdom of hindsight. I appreciate the fact that you’re here. Please stay tuned!