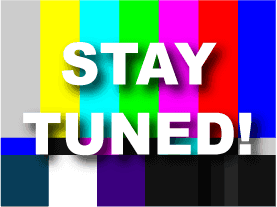 It would appear that we are all to receive some earth shattering social media news today at 11a.m. PST (I’ll be sitting at my comp with an hour cleared at 2p.m. EST!). Robert Scoble stated late last night in his Google+ stream that “Google+ has been matched by a competitor”. Robert is apparently bound by a non disclosure agreement until today. Having already achieved 25+ Million users faster than any other social network in history, does Google+ really need to be concerned? You bet they do.

*Not on Google+ yet? Let me know in the comments with your @gmail address if you need an invite. You’ll need a gmail acct. to get in. The service is still in beta.

Us, the lowly end-user certainly have nothing to fear…our favorites will likely remain as such. When the big boys compete we all get better products and services as a result. Now if social media matters to you in a big way, if you work in the industry and represent clients, or if social media matters to your business and marketing efforts…be tuned in later today. I link to Robert Scoble’s Google+ stream because that’s probably the best place to watch this explode as it happens. You might want to keep an eye on TechCrunch’s page on startups too.

There has of course been a TON of interesting speculation about who this competitor will be, and most of this by some of the best minds in tech and sources close to the pulse. After reading through the comments in the thread linked above, I’m clueless. It looks as if a majority seems to think that it may be Unthink, others feel like Facebook will be rolling out major updates. Could it be Apple, Microsoft, or Myspace reborn?? Your guess is as good as mine at this point. Only a matter of hours left to wait.