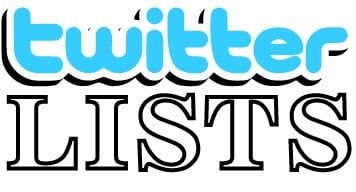 Today I want to ask you, what do you think about Twitter’s new lists feature? I ask because I’m having a dilemma. I’m as excited as the next guy about anything new, especially when it affects something that I use every day, like Twitter. I’ve looked into it, and I’ve asked people that I respect on Twitter about their feelings. The likes of Chris Brogan have publically expressed their own thoughts about the new lists, and I also see many who are using lists in a productive manner. Creativity is born anew over these last few days!

It’s not that I can’t see the many uses and possibilities for Twitter lists, clearly I can. Many of the ways that I see others using lists inspires me. Simply being able to group followers into neat and categorized groups would be helpful to me personally… I already do this via TweetDeck. My dilemma stems from my original intent for using Twitter in the first place, that it was an excellent means for raising awareness about my business to a large audience. I’ve done, and continue to do just that, and I gain ground every day. I also feel that I have a responsibility to the followers themselves. I try to provide interesting and valuable content on Twitter, and I won’t use lists until I figure out how to make them valuable to my followers. I enjoy the interaction on Twitter, and I wouldn’t intentionally damage my “friendships” there. Don’t misread me here, Twitter, for me, is all about me and my business, and trying to serve both aims has me hung up. Just being honest here.

It might be best to describe one of my thoughts here plainly: One of my main twitter accounts has a lot of followers. I intentionally wanted only followers from Georgia, where I think my tweets would be most relevant. Sure, there are those that do not reside in Georgia that make up my followers, but the percentage of active Georgia users is very high. If I were to make up lists, say 20 of them, with 500 users in each, made up of only active Georgia users, I could provide a HUGE value to countless people who could use this information…and they would use this information. I think to myself though, why would I go through more hard work, just to tip my hat so to speak, and offer up what I’ve worked to so hard to accomplish? Would this also offend the followers themselves?  Wouldn’t I be feeding them to the buzzards? Perhaps you can understand my quandary.

I want to play well with others, and I want to be a part of this if it is truly to be a good thing, I’m just unsure about where it’s all headed and how it will all settle in. I’d appreciate it a bunch if you’d chime in and tell me where you see Twitter lists going. What do you see that’s wonderful, or not so hot?

UPDATE – 11/5/09 – Check out what Catherine Ventura has to say about Twitter Lists on The Huffington Post, Here.