“Knowledge and tools to help you use Twitter to transform media, entertainment, and journalism.” – That’s the new tagline for Twitter’s new site that launched yesterday: Twitter Media. The point behind the site is to offer insight and advice for journalists on Twitter, but I see it as valuable beyond just journalism. I was equally excited when Twitter launched their Twitter 101 for business guide.

When Twitter offers help and guidance it’s wise to follow along. What’s good for Twitter users = good for Twitter…I don’t question their motivation for sites and efforts such as these. You don’t have to be a journalist or a business to pick up on some golden tips from the advice and guidance offered through “official” Twitter channels.

Take for instance this excerpt from a “best practices” post on Twitter Media about how the Life on Discovery twitter account is doing it right. This goes a long way towards answering the oft-asked questions, “What do I tweet about?” and “How do I connect effectively with my audience on Twitter?”: 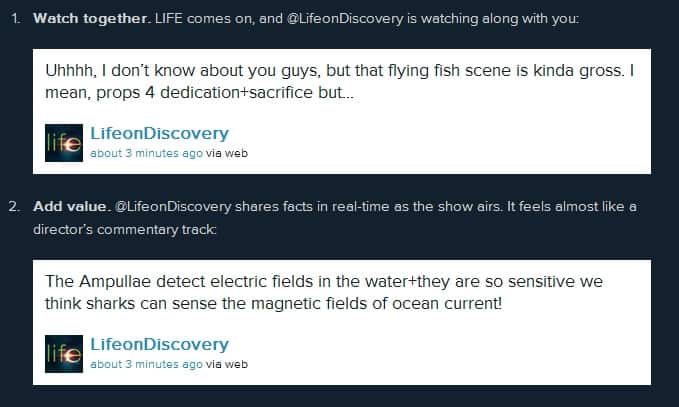 Being there, arm-in-arm with your audience in real-time sounds like a great tip to me! It doesn’t matter what you’re into either. If you make cookies for example, it’s ok to tell everybody…just be sure to be seen eating and enjoying what you bake with those that share in your passion for what you do. Passing on some baking tips won’t hurt you either! Be an authoratative voice, you know what you’re talking about and how to do your thing better than anyone, share it! 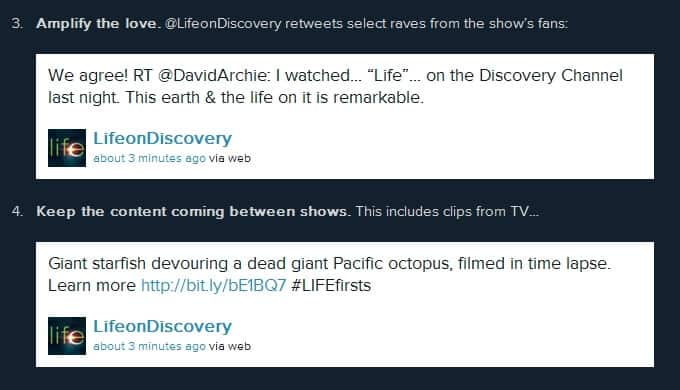 You’re listening right? So it’s only natural that you’d want to be a part of the conversation when people are talking about you. Showing a little love in the form of a re-tweet or by motioning someone is merely being a valuable member of the team that is Twitter. This is not over-and-above behavior; consider it mandatory if well received is a label that you seek.

#4 there is really important too. Much of what we do on Twitter IS to be perceived as a valuable part of the conversation…you know, to gain even more followers who may someday become advocates for us…this point though reminds us that we already have followers that need to be addressed. Don’t take them for granted. Put as much as you can out there, as often as you are able.

This last entry goes right along with #2 up there, be an authority, but be unique and allow others a window into the real and human parts of yourself and what you do. It’s all about the relationships…honesty, transparency, and cookies – always remember to bring these when you’re trying to make a friend.

Check out Twitter Media and Twitter 101 for business if you haven’t already. I can all but promise that you’ll find something that you can use to make your Twitter experience a better one!

Disclosure: I have not received any compensation for writing this content and I have no material connection to the brands, topics and/or products that are mentioned herein.